Sherri, who grew up in Mexico, Missouri always knew that she wanted to pursue a career in nursing. She attended Deaconess College of Nursing in St. Louis where she received her bachelor’s degree in Nursing. Upon graduating nursing school, she became a Registered nurse working in the Neonatal Intensive Care Unit (NICU) at the University of Missouri Hospital in Columbia and it was while working there that she found her true passion caring for infants and their families. Sherri moved to Kansas City to pursue her graduate degree in nursing at the University of Missouri-Kansas City, and while completing her degree she worked at Children’s Mercy Hospital in the NICU. Sherri graduated with her Master of Science in Nursing degree as a Pediatric Nurse Practitioner (PNP) in 2003. Shortly after graduation she began her career as a PNP at Preferred Pediatrics. Sherri has found her career as a PNP to be very rewarding. “It’s a great honor to be trusted to care for children and their families.”

Sherri is married to her high school sweetheart and they have a son and two daughters. Most of her free time is spent traveling and attending softball and basketball games to cheer on their favorite athlete. 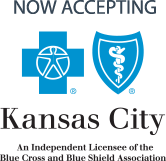